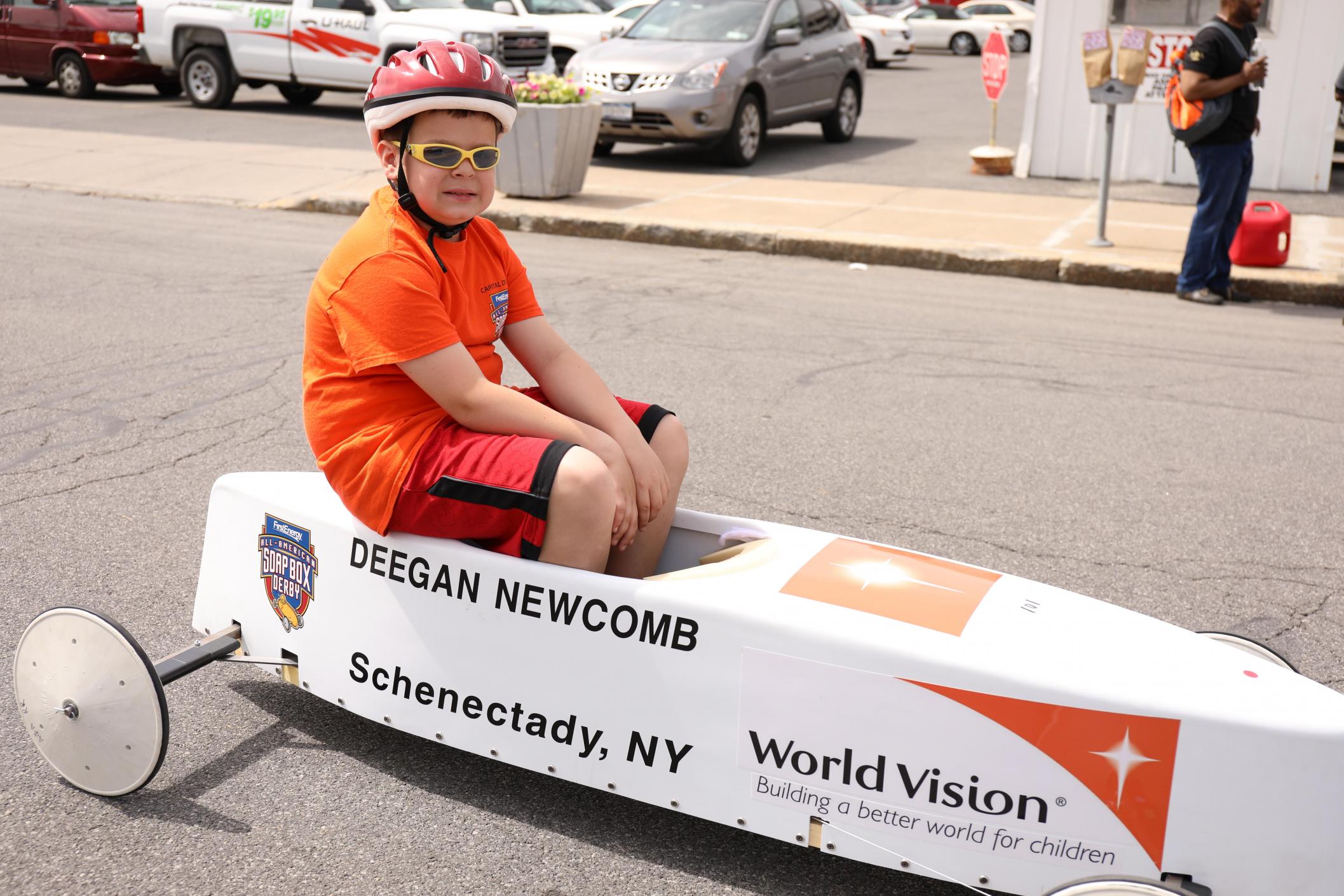 The Soap Box Derby is a youth racing program which has run nationally since 1934.

Deegan assembled his Soap Box Derby stock car under the guidance of his grandfather. To do this he had to read the directions and listen to a 20 step tutorial. Then the vehicle has to pass a rigid inspection and weigh in before and after the races.

Deegan is also a Webelo Boy Scout in Twin Rivers Council BSA Troop 77. This was his second year entering the Soap Box Derby.

After winning the local event, Deegan now has the opportunity to race with other Soap Box Derby champions from around the globe in the 81stFirstEnergy All American Soap Box Derby at the world famous Derby Downs Track. This race will be held in Akron, Ohio July 15-21.

We are all very proud of his accomplishments, excellent sportsmanship and spirit of competition.