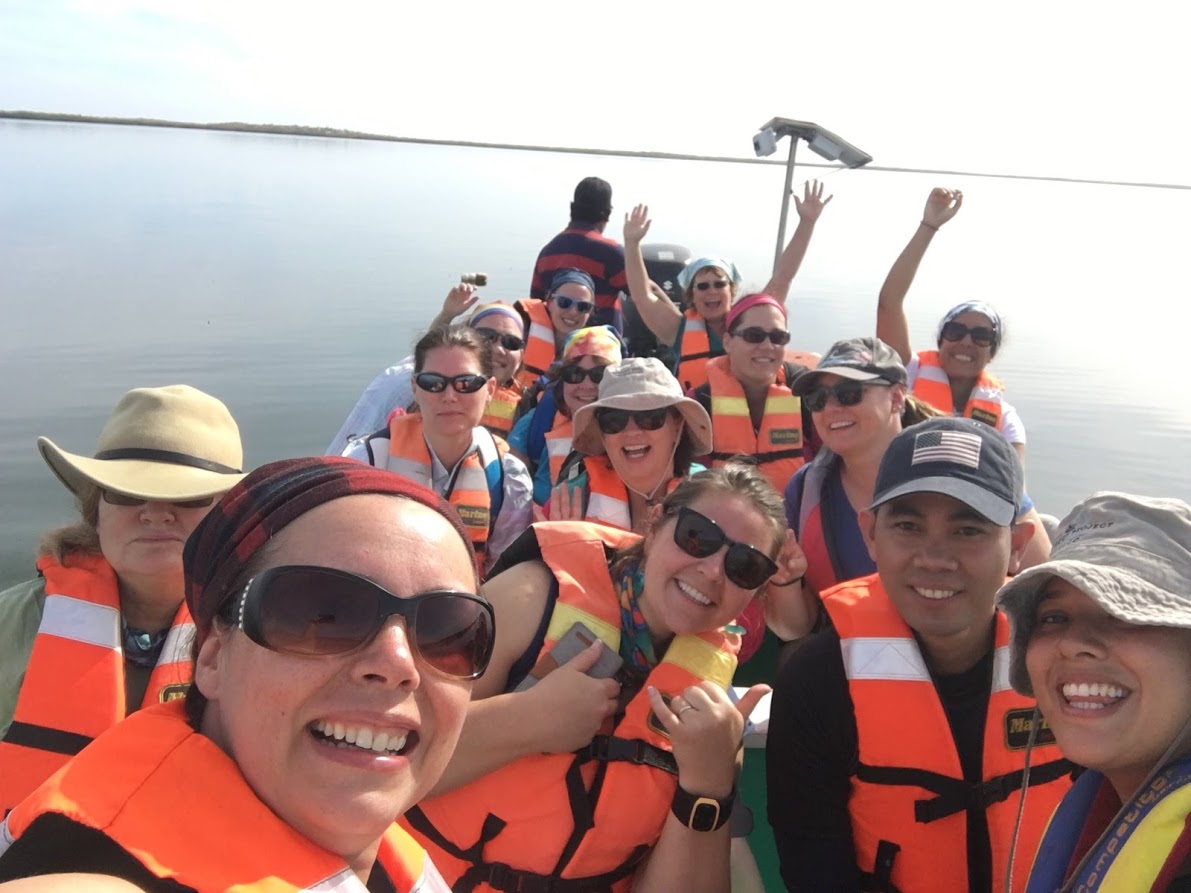 In the Magdalena bay area of Mexico, on the Baja peninsula Pacific coast, turtle, dolphin, whale bones and garbage line the shore. The remains are all because of human impact.

Stacey Sebert was one of 10 teachers throughout the US to be selected to attend a teacher fellowship in citizen science. The research trip was aimed at helping the creatures in Magdalena Bay and lessening the impact that humans have on them. The group of teachers, along with a couple guides, an instructor and a college professor worked together with local fisherman to tag sea turtles.

The data collected by the group will be entered in a national database on both www.seaturtlestatus.org and www.seaturtle.org. You can track the migration of the tagged turtles as well their development. You can also track the turtles as a whole, analyzing whether the fishing habits of Magdalena Bay are impacting the turtle population.

The trip was mainly funded by the nonprofit Ecology Project International (EPI). The teachers brought back field research skills and information to their students. Each teacher took part in weighing, measuring the length and width of the carapace and plastron (top and bottom shell), tail and many other measurements of the turtle. They spent a few nights camping in a tent on the beach without electricity, running water or cell service. Coyotes hovered around their tents, once stealing a pair of sandals from a guide and another time surrounding the group as they were measuring a turtle at night on the beach.

The group was divided up into smaller teams, checking the turtle nets every two hours for a 24-hour period. Nine turtles were found in the net with one being recently tagged so it was released. The other 8 turtles were brought to shore and measured. The group recorded all the data, tagged the turtles, and gave them each names (the benefit for finding an untagged turtle). The turtles were then released back into the water.

The group also tracked whale migration and swam with whale sharks while on the trip. The populations of all of these animals were declining over the last couple decades but with the help of EPI and other conservationists, their numbers are slowly starting to rise in the last couple years. This is due in part to people in Mexico have taking a more active role in preserving what is around them. For example, most restaurants in the area have gotten rid of straws and take out containers. Many grocery stores require reusable bags, no longer using the plastic bags. Local citizens have even started community gardens so that fresh fruit and vegetables don’t need to be shipped into the area.

After experiencing all of this, Sebert is hoping this will help her students and local community members realize the impact they have on their surroundings and what things they can do, big or small, to ensure a healthy Earth.