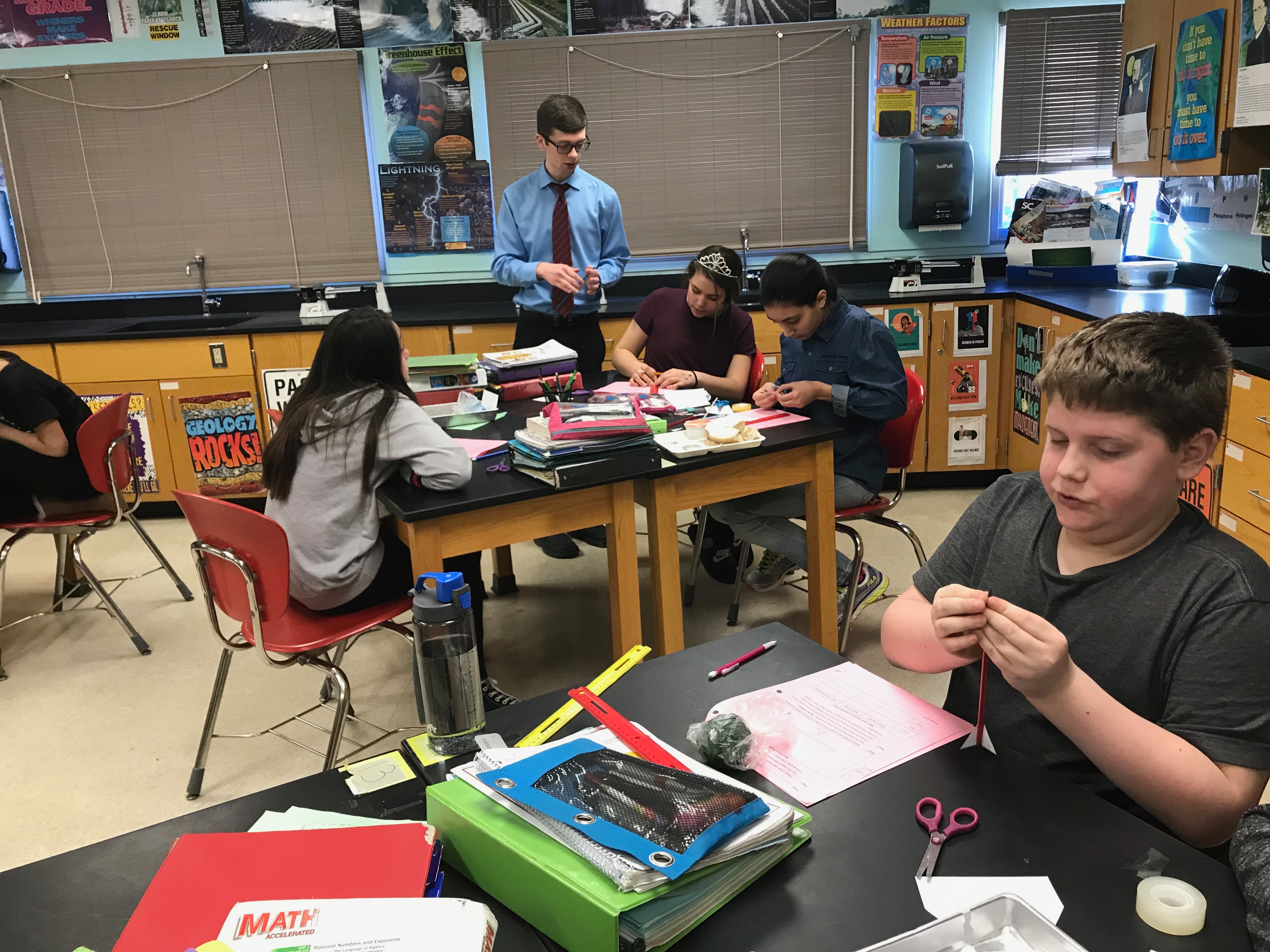 Students in Ms. Sebert’s 7th grade physical science classes at Sand Creek Middle School are studying forces and motion. During this unit, students worked in groups, building a straw rocket. Their ultimate goal was to get their rocket to travel the farthest distance. Distance and time were measured each test and the speed was calculated and recorded for each trial. The groups initial designs were identical when the groups launched their initial rocket. Afterwards groups brainstormed ideas on how to modify their rockets. Each group made one modification to their rocket. Some groups modified the size or shape of the fins. Other groups modified their head cone or changed the length of their rocket. A second launch was completed and students compared the results to their initial launch and explained the cause for the change. Then students shared their data with the class in order for groups to build the ultimate rocket based on all the data modification results from the earlier test launch. Many of the groups managed to improve their rocket launch distance by a few meters.