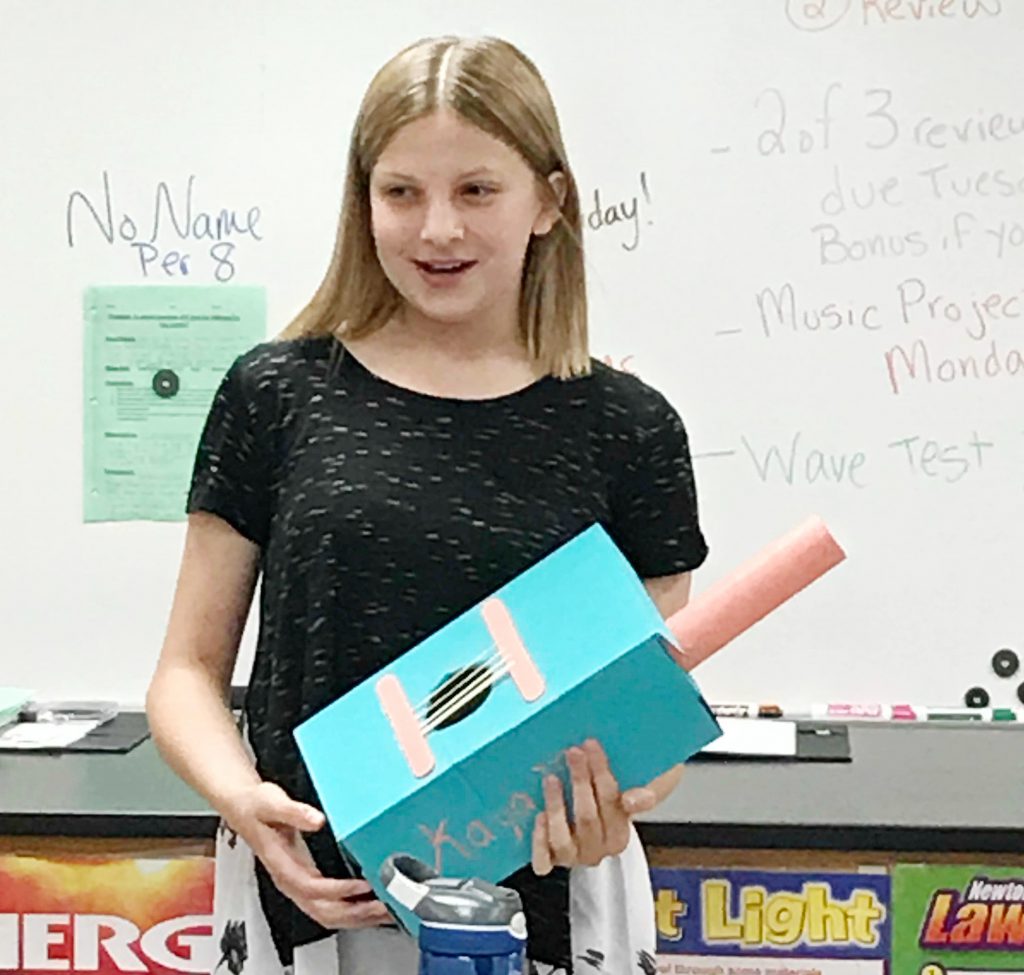 Seventh grade students at Sand Creek Middle School worked on an interdisciplinary instrument project called Music to Your Ears. Students worked collaboratively between their science (with Stacey Sebert and Melissa Vogt) and music classes (with Tess McCarthy) on building an instrument. They had to test and modify the instrument so that it could play several notes, change pitch and amplitude. Students used household items to create their instruments and even had the opportunity to form a band with their instruments, playing as a group.

Many students showed their creativity and ingenuity with their designs, bringing in instruments ranging from a “guitarp” (guitar-harp) to 3d printed ocarinas. Some were talented enough to be able to play a song on their instrument and it was clear that many took pride in showing off what they had made.