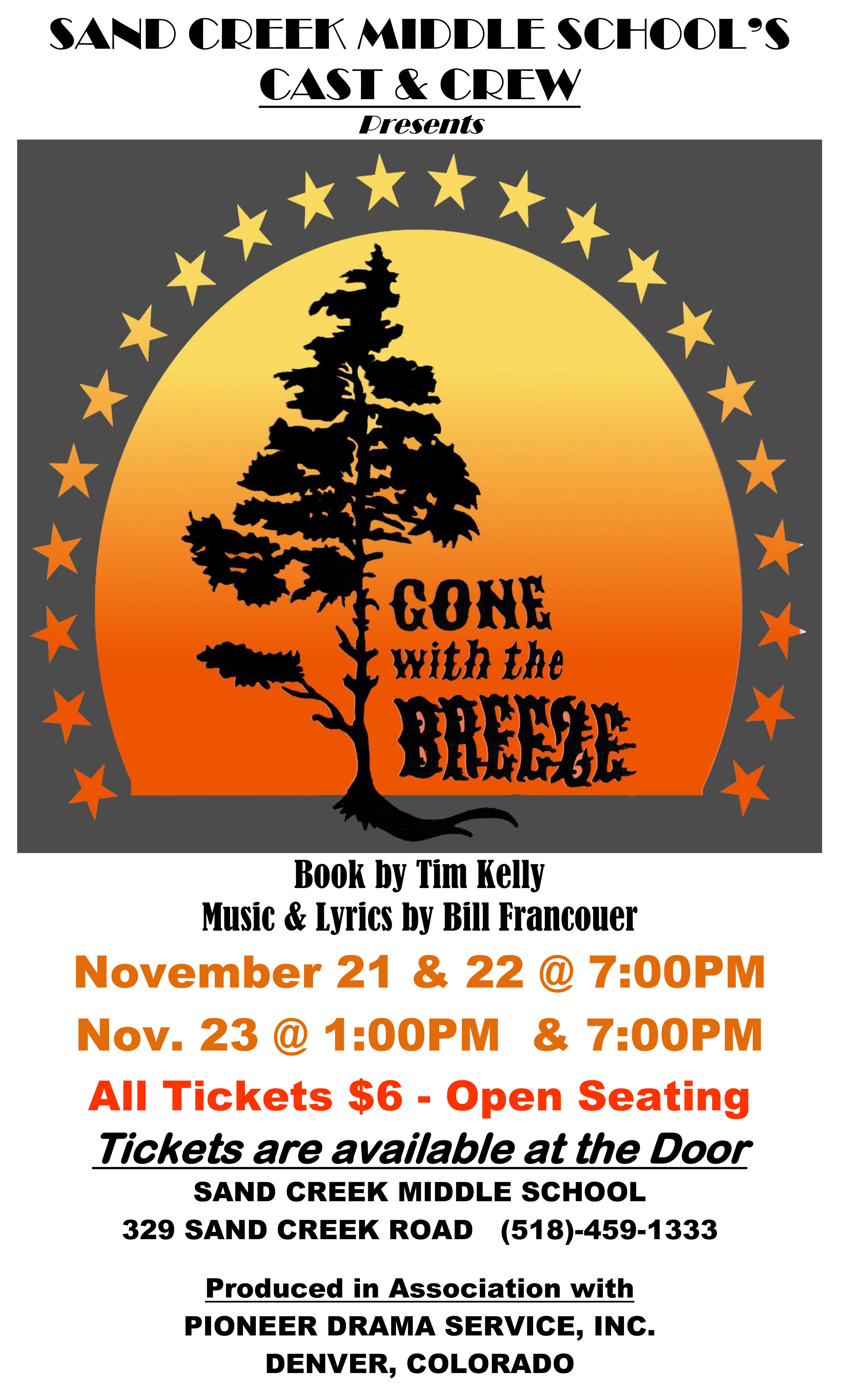 A SYNOPSIS OF GONE WITH THE BREEZE

The whole country is talking non-stop about Lucy Belle Bankhead’s sensational new novel, “Gone with the Breeze.”  The heroine of the novel is spunky 18-year-old Jezebel O’Toole.  She makes Scarlett O’Hara (from the classic Gone with the Wind) seem like soggy grits-and-a-half.

When the nation hears that Hollywood’s Lone Pine Films, the movie maker that emphasizes youth, is planning “Breeze” as its next picture, hundreds of aspiring young actresses descend on the studio.  (Its last film was a bike flick, “Gasoline Opera,” starring the brash young Monty Missouri.)  Of course, the studio already knows they’ll cast Peggy Tempest for Jezebel’s part.  She’s the most powerful star in town and will guarantee a hit, but she’s also the most temperamental one.  To keep her in line, producers Ruth Wintersole and Huckleberry Jones pretend they want an “unknown” for the part.  The scheme appears to work.

Auditions are held and an unknown is chosen-Cindy Lou Harper.  By mistake Daisy Lou Bowman (a hillbilly) is told she has the part.  Cindy Lou goes back to her home town Savannah, Georgia.  The producers Ruth Wintersole and Huckleberry Jones go to Georgia to find Cindy Lou.  Cindy Lou is participating in the Magnolia and Midnight Pageant.  When the producers find her, she informs them that she just got engaged to Beauregard Plantain.  The producers are disappointed that she won’t accept the role until they see and hear another contestant in the pageant.  Her name if Vicki Rawlins.

Vicki Rawlins is ideal for the role of Jezebel.  The press builds her up big.  Then it’s discovered Ruth and Huckleberry don’t have the film rights to the novel, and Peggy starts suing everyone in sight.  When the producers finally meet with Lucy Belle Bankhead, the author, to get the film rights, she tells them she won’t sign the rights over to the studio if Peggy Tempest is cast in the lead role …