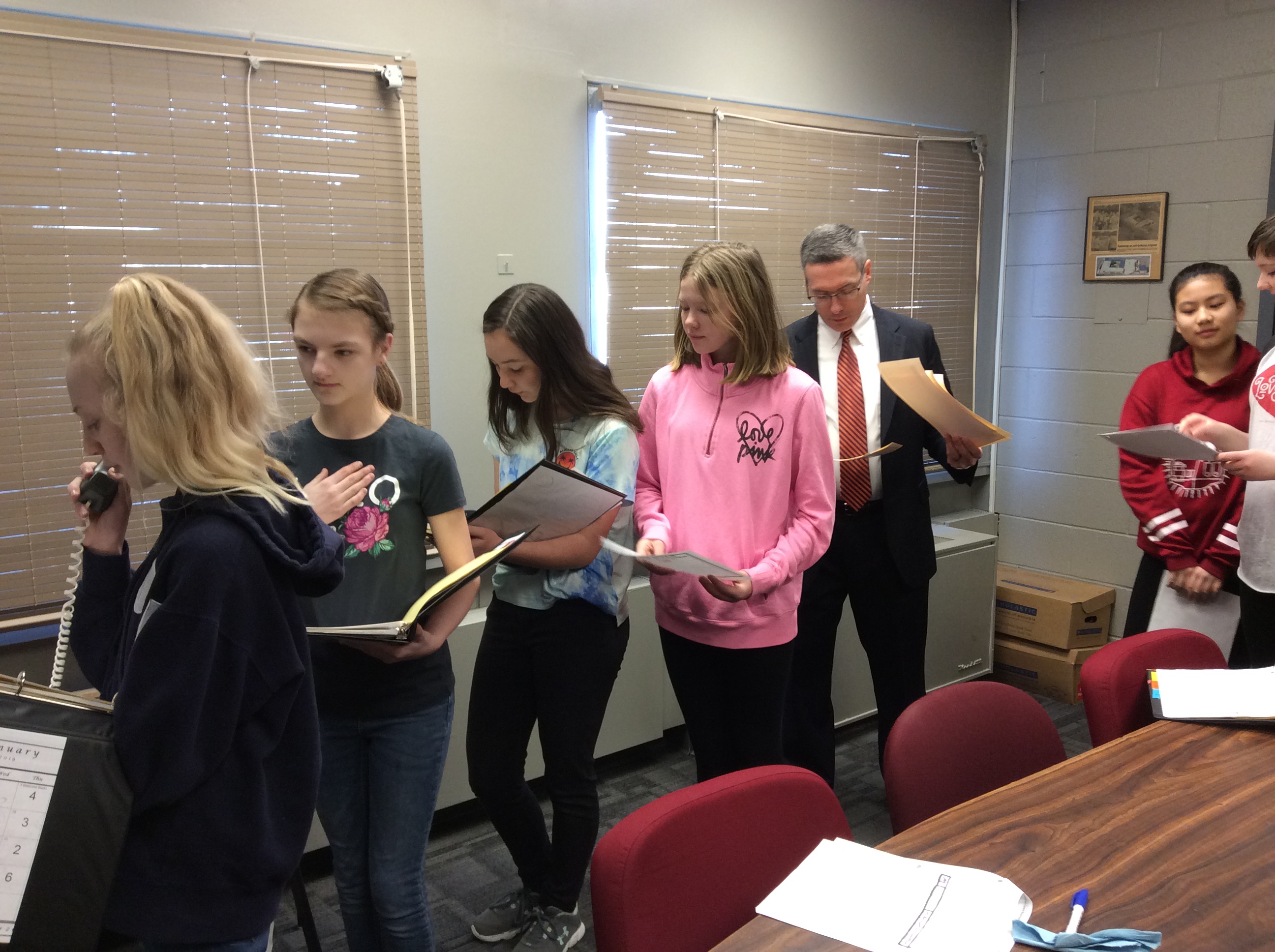 The Sand Creek Middle School Broadcast Club received a voice acting lesson from Voice Actor, Monica Trabold in March. The Broadcast Club is a group of 14 students who write, produce, and speak the daily morning announcements at Sand Creek. Each broadcaster participated in several activities that helped them to experiment with the range, volume and inflection of their voices. The participating students learned how to mark their copy, and rehearsed their script for a public service announcement being recorded at iHeart Media Studios in April. Mrs. Trabold, also known as Monica French in the voice acting community, is a full time French and Spanish language teacher at Colonie Central High School.