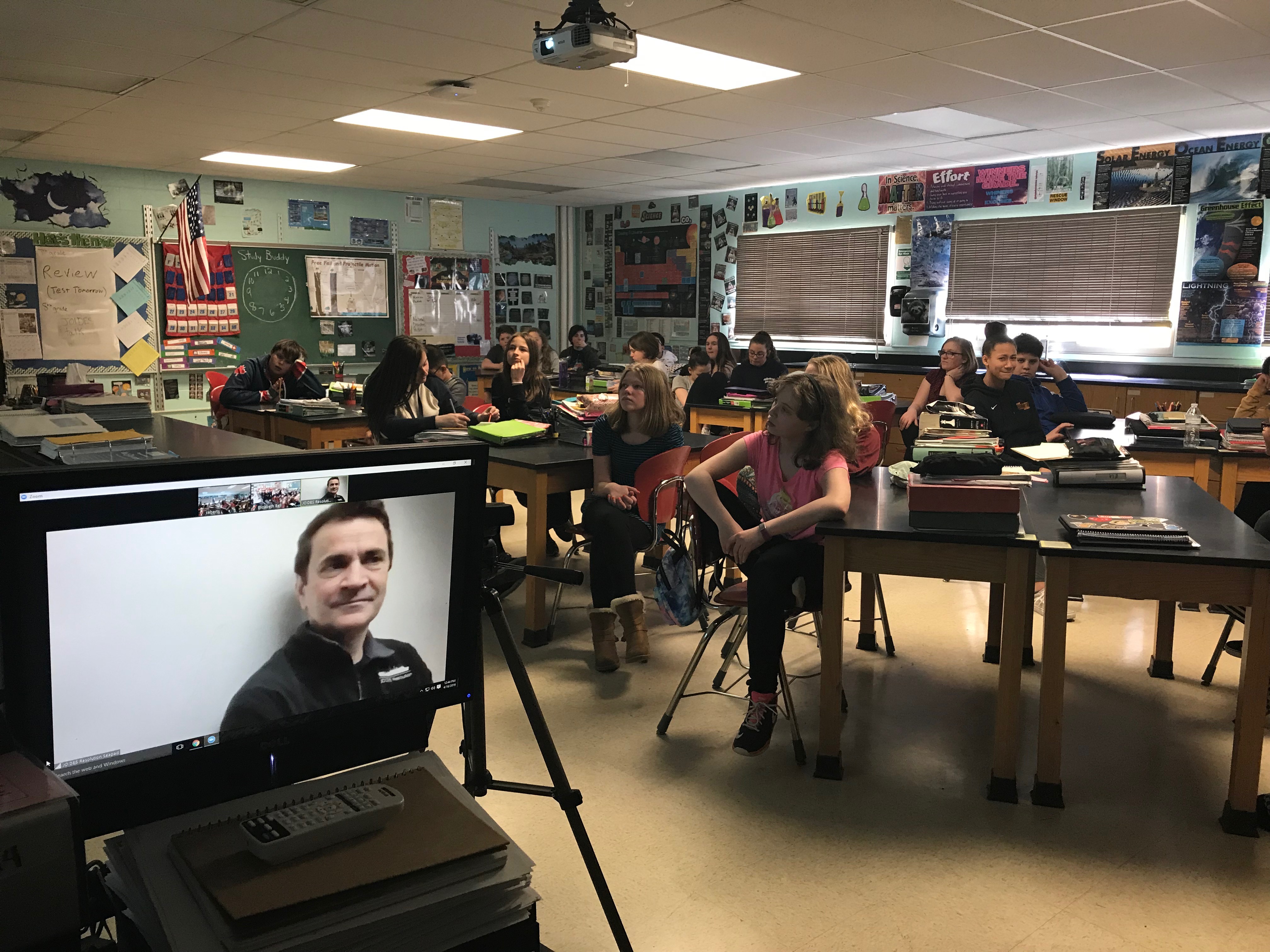 Students from Mrs. Bell’s (at Lisha Kill Middle School), Ms. Bigwarfe’s, and Ms. Sebert’s (both at Sand Creek Middle School) classes had the opportunity to video conference with the JOIDES Resolution, a research vessel taking core samples from the ocean floor in Iceberg Alley, Antarctica.

Students were able to tour the ship, seeing the small rooms they live in with another person with the same job as they work 12 hour shifts, seeing the large drill they use to take core samples, even touring the dining area where they have a self serve soft ice cream machine (a student favorite!). Classes were able to talk to scientists, asking questions about the core samples they are collecting. They were able to see the cores in the science labs where they discussed the purpose of their research, and how they are using the information they are gathering to learn more about past climates of Antarctica.

The Onboard Outreach Officer (Lee) is an educator spending two months on the ship where she conducts many video conferences with schools all over the world. Many times there are whales near the vessel but when we looked, unfortunately, there weren’t any there. Other animals, like birds, like to stay near the vessel since the crew is conscious of their waste and will toss apple cores over for the birds to eat. Students were excited to be able to collaborate with the scientists on-board the JR.