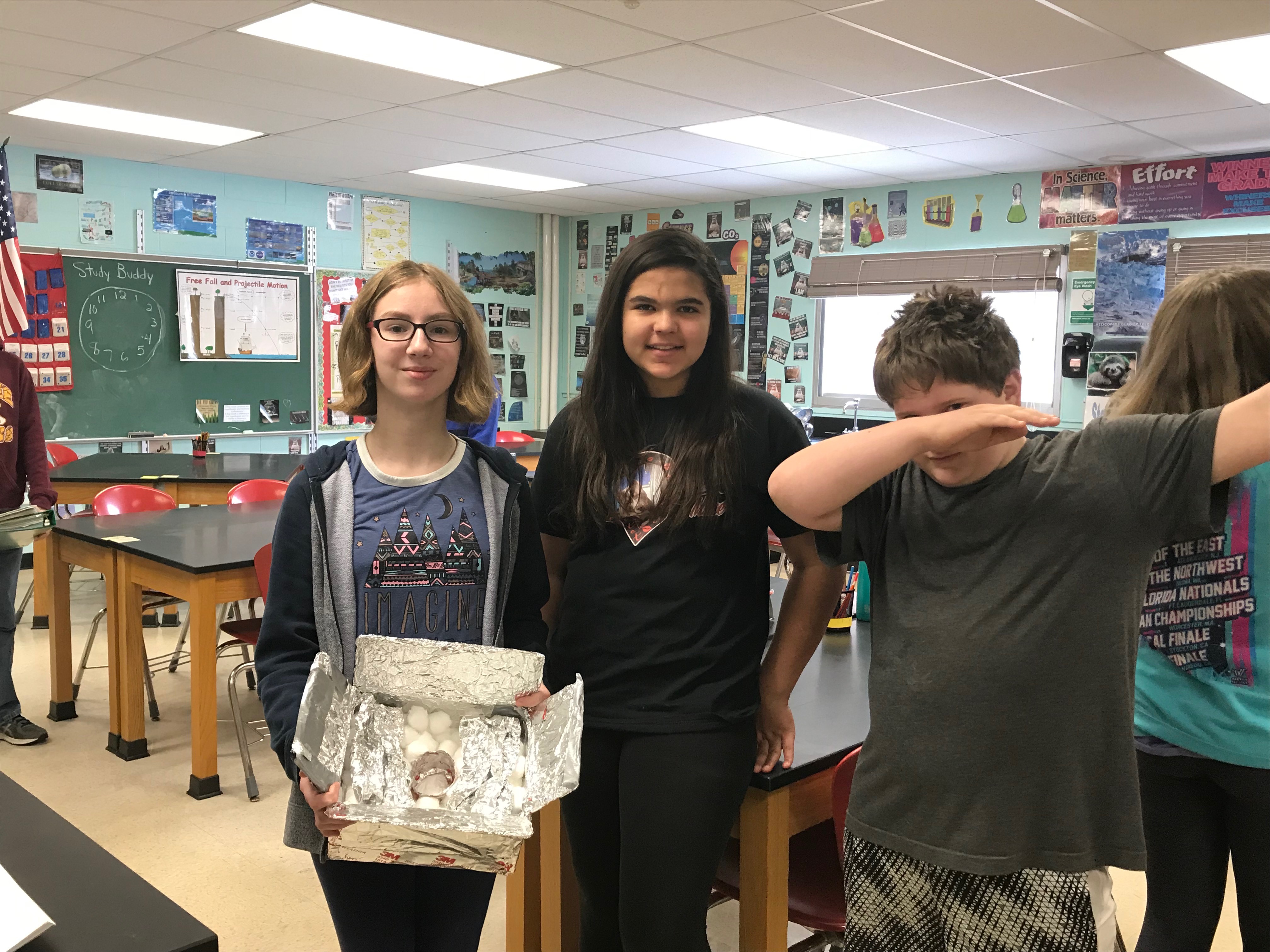 Seventh graders at Sand Creek Middle School held their annual Souper Bowl where they were challenged to built insulators to keep their soup warm. Students in Ms. Sebert’s and Mrs. Vogt’s classes spent a few days in small groups building and testing their insulators. The Top 5 teams from both teachers moved on to the final competition, competing against each other after school while enjoying a pizza party. There was a tie between two groups where the soup in their insulators lost only 22 degrees Celsius after 40 minutes. One of the two winning teams consisted of Rachel Hadden, Ryan Burns, Iyonna McConnell, and Shania Michael. This team used aluminum foil, insulation tape, duct tape, and cotton balls inside their cardboard box insulator. The other team consisted of Zack Gilligan, Anthony DeLisle, Rupom Biswas, and William Wallace. This team used aluminum foil, newspaper, Saran wrap, towels, and styrofoam in their cardboard box insulator. Great job to all who participated! 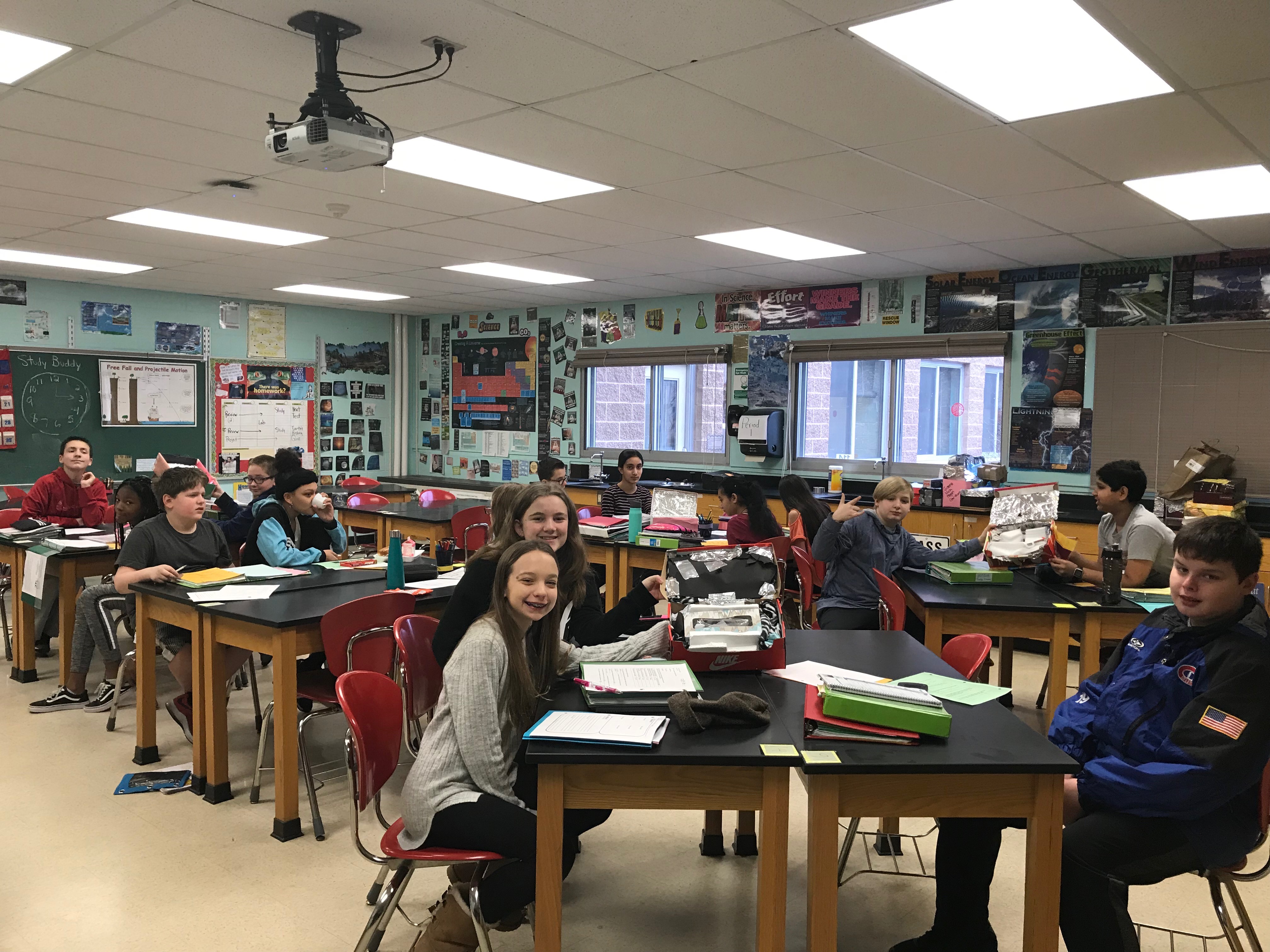