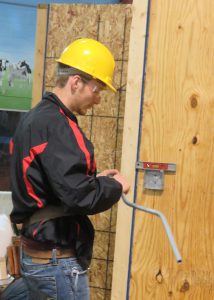 Congratulations to Colonie Central High School’s Gavin Haar, one of 40 Capital Region BOCES Career and Technical School (CTE) students who were inducted into the National Technical Honor Society (NTHS) on Monday during a ceremony at CCHS.

Those honored come from a cross section of CTE programs, from welding and culinary to the New Visions Health Careers and New Visions Law & Government. Haar is enrolled in the electrical trades program.

To be honored, students had to meet several criteria, including earning grade point averages (GPA) of 92 or greater at Career & Tech and an overall GPA of 85 or greater at their high schools, as well as having five or fewer absences.