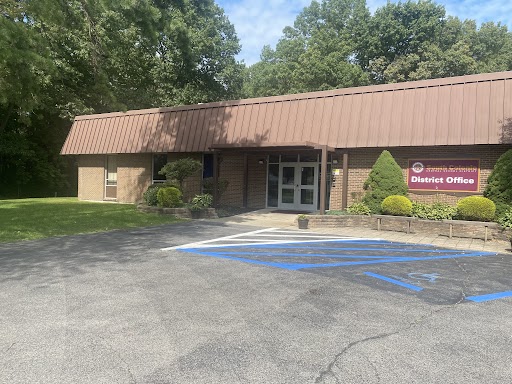 Approximately 4,800 students attend school in South Colonie located in Colonie, New York – a suburb of Albany, the state’s capital, in the middle of Tech Valley. Located in Albany County, South Colonie is one of the largest school districts in the Capital Region, serving a community of 80,000 residents in a 60-square-mile area.

The district’s goal is simple: To offer unlimited learning opportunities, to maintain high student expectations for success and to provide taxpayers with an educational system they can be proud of and afford.

The district’s longstanding mission is to graduate students who have the knowledge, skills, attitude and self esteem to succeed in the real world of the 21st century. A talented staff of some 500 teachers, librarians, guidance counselors, nurses, psychologists, social workers and more are dedicated to making this happen. And a very active community and parent population continue to help shape the district’s direction.

It’s those extra opportunities South Colonie Central Schools offer its students that sets this district apart from the rest. From their pre-school and full-day kindergarten programs for youngsters to their multitude of Advanced Placement and college-level courses for high school students to their comprehensive Continuing Education classes frequented by our senior citizens, South Colonie Schools have it all.

A Brief History of the School District

At one time, the Town of Colonie was wilderness. Through three centuries, it progressed from a Dutch patroonship to a fairly prosperous farming community to a major suburb and commercial center.

As it grew through the colonial period, the revolutionary times, the industrial era and into today’s information age, Colonie became the focus of an industrial, scientific, educational, transportation and service-oriented network. As the town grew, so did its schools.

The present South Colonie Central School District began with six common school districts: West Albany, Roessleville, Colonie Village, Maywood, Karner and Shaker Road. They all shared the same high school – the Union Free Roessleville High School. Roessleville High School served grades 7-12 and had its first graduation class in 1933. It served the growing suburban area well, in spite of half-day sessions for much of its existence. The six common districts were centralized in 1949; voters approved the new district by a margin of 1,083 to 680. The initial budget for the new district was $437,070, and there were 1,953 children attending six district schools. The district owned three buses and two others were used under contract. In 1949, the salary for teachers was $2,650; substitute teachers were paid $12 a day; and bus drivers made $1.50 an hour.

The South Colonie Board of Education approved buying 55 acres of land at the end of Hackett Boulevard in 1950. Colonie Central High School was built there and replaced Roessleville High School in 1954.

Over the years, the district has opened new schools, built onto old ones, closed schools, reopened schools and sold schools to meet the ever-changing populations. District’s enrollment grew to about 8,750 students in the early 1970s. Then enrollment began to decrease to about 5,200 in the mid-1980s. During the district’s 50th anniversary celebration in 1999, enrollment grew to nearly 6,000 students. Today, enrollments have declined again to a little under 5,000 students.