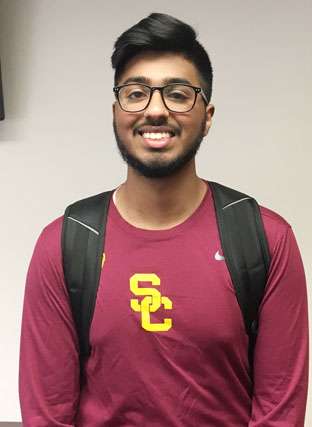 This followed today’s official release by the NMS Corporation of approximately 16,000 names of semifinalists in its 63rd annual Scholarship Program. These academically talented high school seniors have an opportunity to continue in the competition for some 7,500 National Merit Scholarships worth more than $32 million that will be offered next spring. To be considered for a Merit Scholarship award, semifinalist must fulfill several requirements to advance to the Finalist level of the competition.

The Colonie community is so proud of Francis and this great academic accomplishment. About 1.6 million juniors in more than 22,000 high schools entered the 2018 NMSP by taking the 2016 PSAT/NMS Qualifying Test, which served as a initial screen of entrants. Francis is part of the nationwide pool of semifinalists, representing less than 1 percent of the U.S. high school seniors.

We wish Francis the best of luck on his road to becoming a finalist. He will need to continue his outstanding academic record, be endorsed and recommended by a school official, write an essay, and earn SAT scores that confirm his earlier performance on the qualifying test. Congratulations and keep up the hard work.