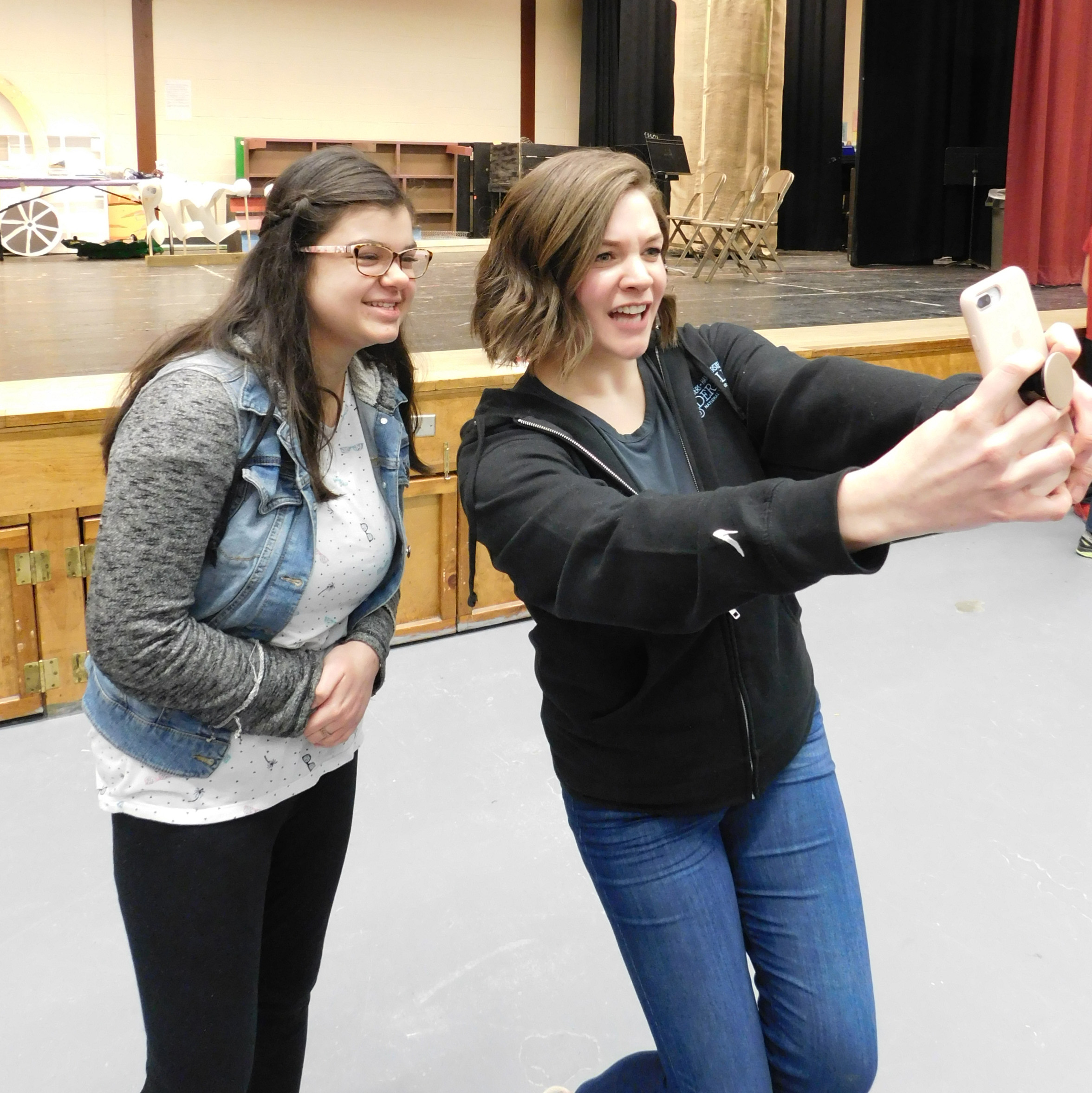 The Sand Creek Middle School Cast and Crew Drama Club was treated to a special visitor this month as they prepare to stage their spring musical Cinderella April 19-21. With the support of the South Colonie Friends of Theater Arts (SCFOTA), Colonie High School graduate and professional actor Nicole Zelka, who has been on a Broadway tour of Cinderella in some 30 states from New York City to Alaska, stopped by Sand Creek to watch some rehearsals. The students have been practicing for two months. Zelka plays Gabriella, a Cinderella step sister, in the Broadway version of the show. She spoke with the young actors, shared some acting tips, signed autographs and took pictures with the Cast and Crew members.