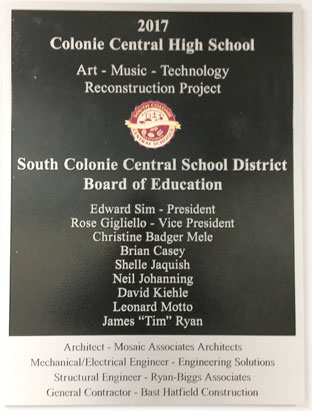 The South Colonie Board of Education held a ribbon-cutting ceremony Thursday night to officially open the new Art, Music and Technology wing at Colonie Central High School. They also dedicate a plaque commemorating the classroom reconstruction project, which was part of a $13.8 million capital upgrade referendum approved by district voters in October, 2014. The plaque was hung at the entrance to the new wing at CCHS.

The 2014 project is known as Phase I and II of Colonie 2020. Along with the high school classroom overhaul, Phase I and II included new libraries for Forest Park and Roessleville Elementary Schools, the installation of wireless Wi-Fi Internet at all eight schools, along with other technology upgrades such as Voice-Over Internet Phone systems and improved building inter-communication systems, among other things. 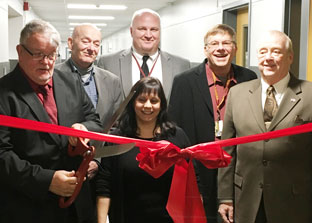 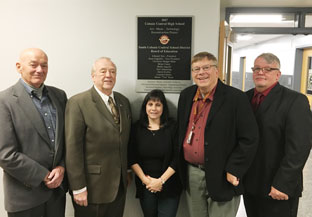