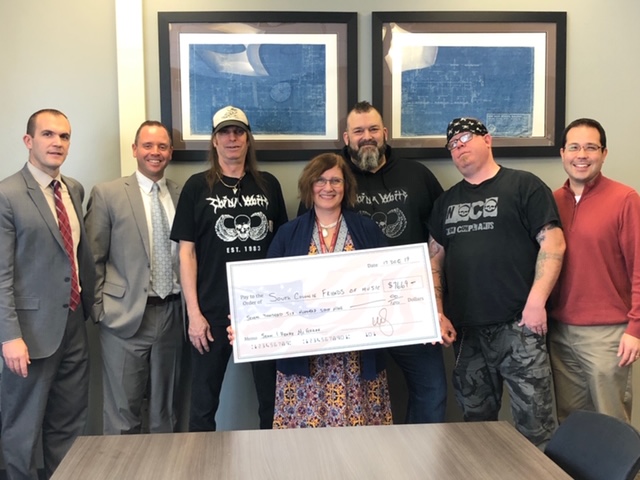 A benefit heavy metal concert this fall for two deceased alumni and former musicians has raised nearly $8,000 for the Colonie Central High School Music Department. The money is being donated to the South Colonie Friends of Music.

Sean passed away on July 23 at the age of 53 after a lengthy battle with illness. Henry, age 58, died on Sept. 11. Friends they made over nearly 40 years in the Albany heavy metal scene came together to honor the siblings planning a pair of tribute shows.  The show benefiting the music department was held Nov. 9 at Chrome in Waterford. On Dec. 20, the Fuze Box is hosting a second show in their honor, with proceeds going to the Mohawk Hudson Humane Society, a charity important to Henry.

After high school, Sean was an active member of Adirondack Search and Rescue and a staunch advocate for animals. And Henry made his biggest imprint locally as a longtime guitar instructor and employee at the former Adirondack Strings music shop in Colonie.